Fragrant, tasty, refreshing, juicy, colorful … Pineapple is one of the most famous tropical fruits. This food has not only taste advantages but also slimming virtues and health benefits. Find out what are the many properties of this fruit.

It can be eaten and found on market stalls any time of the year. Pineapple, which belongs to the Bromeliaceae family, is native to Central and South America. According to a survey conducted by Kantar, this food is the 13th most consumed fruit in France.

It was discovered on an island in the Caribbean, which is none other than Guadeloupe today, by Christopher Columbus during his second voyage to the New World in 1493. The navigator found that the Amerindians called this sweet tasting food: ” naná naná “, which means” perfume of perfumes “.

France is the leading European producer of pineapples. This fruit is cultivated on the ground: it grows in the hollow of a tropical plant with evergreen green leaves. You can recognize this food by its armor filled with quills, which can range in color from green to ocher. As for its flesh, it is yellow, fragrant, and juicy.

What are the different varieties?

Pineapple has several varieties. The Interprofessional organization for fresh fruits and vegetables (Interfel) has listed four of them on its site. The best-known and most widely cultivated form in the world is Smooth Cayenne. This variety has orange skin when the fruit is ripe. Its flesh is pale yellow and has a taste that is both sweet and sour.

There is also the Queen, also called “Victoria” in Reunion. It is recognizable by its golden-colored hexagons and its small size. Unlike smooth Cayenne, its flesh tends towards orange. Another variety: Abacaxi or Abaka. Her dress is conical in shape and yellow and green in color. As for his flesh, it is white. Among the different pineapples, we also find Perolera, whose skin is reddish yellow. Its taste is less sour and sweet than that of smooth Cayenne.

Pineapple: what are its health benefits?

Beyond its taste advantages, pineapple is a mine of benefits. And for good reason, this fruit would fight against oxidative stress linked to obesity, thanks to its high content of polyphenols. These molecules would protect “red blood cells and pre-fat cells, and therefore improve the antioxidant capacity of the body”, according to the Agency for Research and Information in Fruits and Vegetables. Myricetin, a compound with strong antioxidant activity, contained in this fruit could also decrease the risk of developing diabetes.

This food could also prevent chronic diseases, thanks to its high content of beta-carotenes (66.9 µg per 100 g), coupled with its active substance or its enzyme called “bromelain”. “Bromelain is believed to exhibit antihypertensive and antimicrobial effects. It also has a potential natural anticarcinogenic effect by acting as an immune modulator against tumor cells,” read the Aprifel website.

Pineapple is a source of vitamin C (46.1 mg per 100 g), according to Ciqual. This fruit thus helps to regain strength and tone and replenish energy. This vitamin not only prevents fatigue but also infections. This food also contains vitamin B9 (19.6 µg per 100 g), which has an important role in the formation of red blood cells, the functioning of the nervous system, and the immune system. Pineapple is also rich in dietary fiber (1.2g per 100g), which aids intestinal transit, aids digestion, and limits constipation problems.

What are the slimming virtues of It?

This fruit is also a great slimming ally. It is possible to consume it as part of a diet because it is low in calories and contains little fat (0.5 g of fat per 100 g). In addition, pineapple consists of 85.5 g of water per 100 g. Another advantage: its richness in fibers which makes it possible to achieve the feeling of satiety and to avoid snacking.

How to eat pineapple?

For breakfast, lunch, afternoon tea, or dinner … Pineapple can be eaten at any time of the day. It can also be enjoyed in all sauces: in compote, sorbet, ice cream, coulis, pie, jam, smoothie, juice, in a fruit salad or simply sliced. This food is also available in a savory version: it can be served as a starter, as an aperitif, or as a dessert. To benefit from its various virtues and its many nutrients, it is however preferable to eat it raw.

How to choose and store pineapple?

Nutrition facts of dates | nutrients in dates and their eating benefits

Nutrition facts of milk | milk nutrients, and its benefits 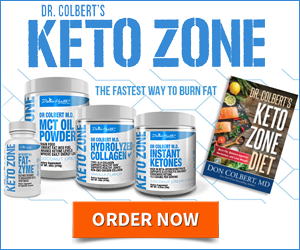